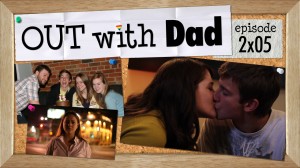 Heartbreak. Anger. Sadness. Rose and Vanessa’s households are in turmoil following Nathan’s major parenting mistake. Luckily, Kenny is having a better day, showing that sometimes the good guy does get the girl.

Enjoy the soundtrack? Please read about the musicians below.

This episode was voted #3 in We Love Soap‘s Indie Soap of the Week poll!  Thank you to everyone for voting for us! Our fifth episode in a row in the top 3! Woot!

“Rose washes out, Nathan continues his losing streak, Kenny makes it to first base and Vanessa isn’t even allowed out to play.”

||The music in “Striking Out”|Heading|||
This episode features some great tunes by great artists from across Southern Ontario. Be sure to check them out! You can listen, download and purchase their songs and albums below.  These talented people have supported Out With Dad by sharing their music with us, please support them!

In order of appearance: 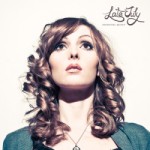 ||Late July|Heading|||
||What’s Left|SmallType|||
Miss Late July is no stranger to the fans of Out With Dad, her music has been featured several times before: Rose and Vanessa singing and dancing to Side Swept in 1×04 “Party Out”, A Well Kept Secret in Rose’s dream in 1×07 “Chemestry with Vanessa”, and most recently Parkdale was used in our second season trailer. 2×05 “Striking Out” opens with What’s Left. 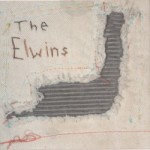 ||The Elwins|Heading|||
||Kristy May|SmallType|||
I discovered The Elwins thanks to Late July. I first heard them when attending a Late July concert with Adrian Ellis. We were both blown away by their incredible performance. I love their sound and their style. I think they might be Kenny’s favourite band. They’re going to be releasing their first single at the send of September, we’ll keep you posted about that when it happens! You may download their EP that Kristy May is on for free by clicking here. 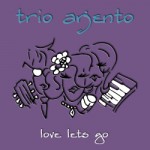 ||Trio Arjento|Heading|||
||Every Song I’ve Written|SmallType|||
Prior to becomign a Full Time Actor, Will Conlon worked with Jennifer Lockman, who plays the keys along side singer Marcy Hull and strings Tom Shea. Will put me in touch with the Trio last season. You heard their song Insomnia playing during Nathan & Angela’s blind date in 1×05 “Blind Date with Nathan”. It seems appropriate to hear them again for Angela’s return, as heard being played at the restaurant she’s waiting at: Every Song I’ve Written. If all goes well for Nathan & Angela, we might get to hear more from them. This song will be on their upcoming album “Love Let’s Go” – we’ll be sure to keep you posted about that. 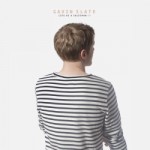 ||Gavin Slate|Heading|||
||Goodnight Lovers, Goodnight Thieves|SmallType|||
Gavin Slate is our first musician to be featured in Out With Dad thanks to his response to our call for music submissions. The call was brought to his attention by our mutual friend, filmmaker Gavin Michael Booth (watch the music video Gavin B. directed for Gavin S.: Falling). He submitted several songs from his debut album ‘Life As A Salesman EP’. Goodnight Lovers, Goodnight Thieves really jumped out at me. I kept thinking about Kenny and Alicia when I heard it. The scenes at Kenny’s home was originally conceived to be without music. But I kept thinking about this song and them. It’s so romantic! On a whim I timed up the music to my edit. PERFECT. I got in touch with Gavin right away.