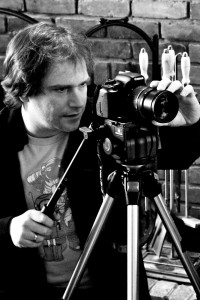 Jason Leaver is a pioneer in the digital narrative landscape, with Out With Dad as his first foray into web series production. He serves as the series creator, producer, writer, director, cinematographer, editor, visual effects and social marketer for the series. The CBC calls Jason “a poster boy for web series creators everywhere”.

Since 2004, Jason has received a number of awards for his short films. His video installation project “Mobius” was selected and appeared in Toronto’s 2009 Scotiabank Nuit Blanche. In February 2011, Jason was nominated for Outstanding Direction and Outstanding Writing in the Independent Soap Awards in NYC, and again for writing in 2012. In both 2011 & 2012 he won Outstanding Writing, Outstanding Directing and Outstanding Cinematography in a Drama Series at the LAweb Festival for his work on Out With Dad (which also won grand-jury prize in 2012). His short film lol_wom3n won Best Narrative at the 6th annual One Minute Film Festival in Toronto. In 2012, The Indie Intertubes honoured Jason with Best Writing in a Drama.

In recent years, Jason has been heavily involved the Toronto Web Series Community, a growing, supportive network of digital storytellers. Through this amazing community of digital storytellers, Jason has gotten involved with several web series, including cinematographer on Nadine Bell’s Leslieville; co-creator (with Elize Morgan & Ash Catherwood), director and editor of The Gate; co-director and cinematographer of Mike Donis’s Pete Winning and the Pirates and guest director of two second season episodes of Jonathan Robbins’ Clutch.

Josh Ary is a young film producer who recently graduated Ryerson University.  He is currently working as a production manager on independent webseries in Toronto. He recently finished producing and production managing  season 3 of Out With Dad – Canada’s most watched dramatic webseries. Currently, he is wrapping out Kids Town and is currently in preproduction for the IPF-funded webseries Asset. Throughout his time at Ryerson, Josh focused on producing a wide range of films ranging from fantasy based short films to micro-documentaries about tobacco farmers. Professionally, he has worked closely with Ryerson’s School of Fashion and Danier to create content for their web sites and fashion shows. He also volunteers his time helping out on several Canadian Film Centre shoots over the last year. Josh was a very active member of the student community at Ryerson. He co-founded and co-ran a student union specific to his program that advocated for student rights, improved the sense of community, and created opportunities for interaction between professionals and students. He curated an exhibition with Alex Anderson – current chair of the School of Image Arts – for the IMA gallery entitled A Pattern of Stories. 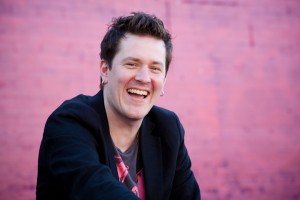 @adrian_ellis
Adrian is an award winning composer and multi-instrumentalist who studied in Canada and Germany.  He is best known for his theme and music package for Discovery Canada’s flagship show, Daily Planet, his award winning score the Canadian Screen Award nominated series Out With Dad, and his work as a producer for Late July, whose sophomore album was called “a work of art from beginning to end” by Spill Magazine.  He has produced everything from solo artists to live orchestral scores, and appears on numerous recordings and live performances as a musician, arranger, and producer. Also busy in media and music communities, he has developed, moderated, and appeared on panels for festivals such as TIFF and for the Canadian Film Center, and serves as secretary on the board of directors of the Screen Composers Guild of Canada.  Adrian is an associate composer at Drastic Music Inc., and co-founder of Lolzilla Sound, a full service studio focused on providing music & sound for children’s entertainment. 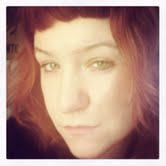 Lizz Hodgson has been dreaming and creating for many years now. Grown from seeds in suburbia she made it to the big city in 2006 where she attended York University for film production. There she specialized in Documentary film and writing. Winning several awards for her social films she has had her worked screened internationally and awarded at home in Toronto. She was published in the Canadian magazine The Exceptional Family before even graduating university. She has recently completed a feature length documentary on Wind Energy in Canada and is currently working towards a genealogy project involving Toronto, the turn of the century and her trail blazing ancestors.  Lizz has been with Out With Dad since the first moment director Jason Leaver introduced it to her in a little coffee shop on Bloor Street. She hopes to continue creating and providing to her artistic community and to never stop contributing. She can be found performing in small venues around the GTA, filming or photographing through her photography business LAHodgson Photography or boxing in the West end. Lizz is excited and delighted to be with Out With Dad for season 3. 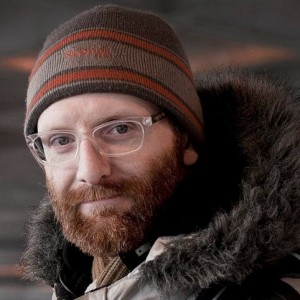 Charming, bearded, and a father of one, Bruce divides his time between instructing filmmaking with youth at TIFF, teching on film sets, and shooting passion projects for emerging filmmakers. He has won cinematography awards with the Toronto Film Challenge in 2010 and The LA Web Series in 2012 for his work on Out With Dad’s second season.

A family man with the best wife in the whole wide world, and the wickedest cool three-year-old boy around Bruce adores challenges, and once wrote his name directly on the Hollywood sign in Red Sharpie. 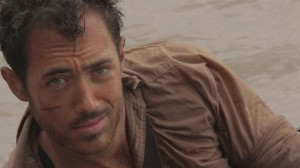 Born and raised in Toronto, Ontario, Canada, Donis has been making films virtually his whole life, early in his career winning numerous awards for his various short films.  In 2010, his feature directorial debut, “The Blue Seal”, went on to be recognized for several awards at the 2010 Action On Film Festival and the 2011 Underdogs Film Fest, including a nomination for Donis with the Best Action Sequence in a feature film.

His work on the 2011 short “The Swashbuckling Adventures of Pete Winning and the Pirates” (in which he also stars in the title role) has been recognized at multiple film festivals across the United States, winning the Audience Choice award at Scarlet Waters’ film showcase in Austin TX, and Best TV Pilot/Series at the Bare Bones International Film Festival in 2012, where he was also recognized as Best Actor in the non-feature category.  His success with Pete Winning and the Pirates, and his developed love of web based narrative content inspired him to write with his long term collaborator Aaron Tsang a continuing series based on the original short. 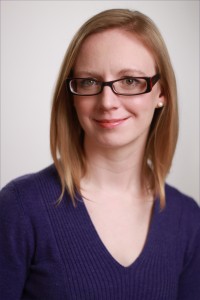 Courtney has been involved in animation production for broadcast since 2004.  Working with leading industry houses; Cookie Jar Entertainment, Cuppa Coffee Studios, and Marblemedia, she coordinated many popular shows for CBC and Teletoon, among other major networks.  Most recently, she has delved into independent webseries production and continues to advance her producing career, with expertise in short form content for the web. Courtney was one of the producers of IPF-funded superhero vlog series Tights and Fights (www.tightsandfights.com) and also produced tabletop gaming comedy series Pretty In Geek (www.prettyingeek.tv). Both series are now fully released online and expanding their distribution platforms. Courtney was extremely proud to have joined the Out With Dad team for the production of the third season to fill the role of Line Producer, managing the cash flow of funds gained mostly from fans and supporters. As a member of the IWCC (Independent Webseries Creators of Canada) and advocate of webseries, she will also join the committee to organize the first TO Web Fest in 2014. 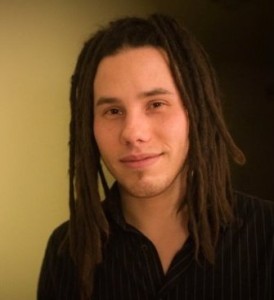 Eric had his start in entertainment working in small theatre. He vaguely recalls earning a couple awards for his performances. Since moving to Toronto he’s been a columnist for a variety of online sources, event coordinator for a music production company, and conference/party coordinator for Toronto’s premier web consultancy, Unspace.

After collaborating in several short films Eric took on the task of producing the first two seasons of the award-winning Out With Dad series. He’s been spotted around a few video sets lately. Also, there’s been some big talk about him being a location sound mercenary.

Kara holds a Master’s degree in teaching as well as a drama specialist and anthropology minor from the University of Toronto. Although she now has her dream teaching job, Kara still tries to keep up her reputation as a theatrical jill-of-all-trades. She has worked as an actor, singer, playwright, producer and stage manager. As a playwright, Kara most recently took home the 2nd Place Award in the Toronto Fringe New Play Contest 2010 for her play Her Child. Kara’s play Losing Berlin had a reading at the Tarragon Theatre Studio Space in May 2008. She performed in its original incarnation as a one-woman show, which debuted in the U of T Drama Festival 2004 (Best Actor Award and the Robertson Davies Playwrighting Award) and the London Fringe 2004. Kara’s favourite acting credits include Kelly in The Drowned World (muckheap productions), Albertine in Past Perfect, Kent in King Lear, Edna in Waiting for Lefty (UCDP), Lampito in Lysistrata (Hart House Theatre), Dorothy in The Wizard of Oz, Martha in The Secret Garden, Anne in Anne of Green Gables, and Ko-Ko in The Mikado (Opera Buffa). Film credits include Taking Possession and Penance (award-winning), which she co-wrote with Jason Leaver.

Rebecca is a Mechanical Engineer by day, and a theatre and film enthusiast by night. Rebecca and Jason have collaborated on a number of short film projects with Rebecca serving as Producer.  Rebecca loves working on projects with Jason not just because she gets to make kick-assed spreadsheets, but because she loves the collaborative nature of the art.  Rebecca is also involved in theatre both backstage and onstage, with her most recent endeavor being directing.

Brendon is an actor, illustrator, cartoonist and occasional sound technician. Most recently, Brendon performed as Belize in Angels in America (Column 13).
Past theatre credits include: Column 13, Edmond (Pimp/Prisoner), In Arabia we’d all be Kings (Greer), Our Lady of 121st Street (Flip). The Fringe Festival, The Fall of Team Justice (Peter). Aisle Seat Productions, Hurly Burly (Phil).
Past film credits include Celeste’s Island and Penance, directed by Jason Leaver.

@ridicucats
Amanda is a graduate of Ryerson University’s Radio & Television Arts Program (2005), where she focussed on audio engineering, mixing and sound design. Interning at Metalworks studios in Mississauga, she realized that while she loves music, film sound is where her passion truly lies. Upon graduation, she spent 3 years in South Korea teaching English and working on educational stage performances at Kyonggi- English Village. Returning to Canada in 2008, she’s worked on many productions as everything from a PA to location Sound Recordist. She’s also Stage Managed for NXNE, continuing to follow her love of music. While enjoying her experiences in production, Amanda plans to pursue more work in post production sound and loves that moment when battling with ADR when everything finally snaps into place. Also, she is ten ninjas.

Hannah McKimm is a keen Second Year student who is studying Film at the International Film School of Wales, Newport, Wales, UK. She has just recently completed an exchange programme also studying film for a term at Ryerson University in Toronto. She has made several short films during her time at both of these schools and has many plans to make plenty more over the next few years. Outside of school she enjoys helping with other productions. In the summer of 2009, she worked as a Location Assistant on Louis Leterrier’s Clash of the Titans, and in March 2007, during her working holiday to New Zealand, she worked as an assistant on The Chronicles of Narnia: Prince Caspian. Working with Jason on his upcoming web series and developing the pitch package for Nuit Blanche 2010, has been a pleasure. She looks forward to their future projects.