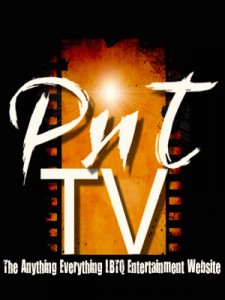 Back before we launched our first episode I was approached by Tamara “Tee” Spicer, about her then-new web site PNT Tv, of which she is Founder and Editor. It is “The Anything Everything LBTQ Women’s Entertainment Website”. She asked if she could embed our series on her site. Since then, Tee is among first people I email with new embed codes every-other Thursday. I affectionately refer to her is one of our earliest supporters!

||Tee:|SmallType||| I started PNT Tv out of pure frustration. I couldn’t for the life of me find the films or music I wanted that wasn’t diluted by recording companies and male-audience driven ‘lesbian’ films. And since I liked reading background trivia about films and it’s principal crews, I did research and so I got the info but everyone I spoke to kept saying the same thing. How did you find that out and tell me more, so I decided to start a blog, with links to films, and info on all but still my followers wanted more and they were willing to help. So I founded, designed and started the website.

||Tee:|SmallType||| At first I though my audience was women who didn’t have queer female American or British cable, television, webseries and music and all the entertainment news available to them but then it became blatantly obvious to me that my American, Canadian and British fans were almost out numbering the former. So now we have a really balanced mixture of ages and nationalities.

||JL:|SmallType||| I’m always excited when people act on their creative pulses. I’m glad you’re one of them! So tell me, Tee, what was your goal?

||Tee:|SmallType||| PNT Tv’s goal has evolved and changed over our first year, it is now becoming everything I wanted it to be. A place where undiscovered and unsigned queer female singers can share and be shared, young filmmakers, writers and actresses can be exposed and so can their work. I also follow their progress, once you’re in the family you have the option of staying involved with the group and I just started a directory, Queers Utd to keep profiles of all those artists, filmmakers and actresses to be accessible to fans and each other.

Allowing me to expand even more into film-making myself. I just wrote and produced my first short and I’m about to produce my first web series. 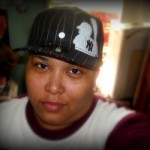 ||Tee:|SmallType||| Well I tried! I was actually running an experiment that I could film a short on a non-budget. Turned out I could and we spent 30 dollars to make it. I produced and wrote it and I managed to pulled together a very talented and devoted team of volunteers. So we made Angel’s Ashes and we loved it so much we have decided to try and get it made into a feature.

||JL:|SmallType||| What can you tell me about your web series? How far along are you with that?

||Tee:|SmallType||| As far as the webseries is concerned, it’s being developed by Samantha Novak. She played the lead in Angel’s Ashes. It is still in it’s development stage but what I can tell you is it’s a dramedy about a couple of straight women who find themselves attracted to each other at the worst possible time of their lives and the series follows their mishaps and missteps to try to be together through it all.

||Tee:|SmallType||| My first love is my poetry and short story writing. Before all I started on the internet I was a published poet. My blog for my writing is separate from PNT Tv’s but this the link to it: http://versesonpaper.wordpress.com

||JL:|SmallType||| Okay, one last thing, what does PNT stand for?

||Tee:|SmallType|||  …that’s long story but the name was from my first blogs’ and it’s the current name of my link-to-movies blog: Popcorn ‘N Tits…LOL!