Two exciting news items to share! This month, Out With Dad was an Official Selection at the Marseille Web Fest in France. We were among 22 web series from 11 countries. Episodes 2.03 and 2.04 were screened to a very receptive audience. There were very few dry eyes in the house.

Out With Dad acquired by France 4’s Studio 4.0 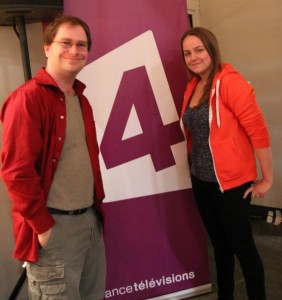 At the festival, a press conference showcased France Télévisions new online platform Studio 4.0, presented by France 4. We’re proud to announce Out With Dad is a part of this exciting lineup of web series. All episodes from seasons one and two are now available to French viewers on this new online platform. Occasionally, episodes of Out With Dad will broadcast on air in France for promotional purposes for Studio 4.0.

This is excellent news for Out With Dad’s future, as the sale of distribution rights in France is going directly towards our third season budget. We still have a long way to go, but this is a giant leap forward for us. Seasons 1 & 2 of Out With Dad on our YouTube, Dailymotion and Blip channels will no longer be available to viewers in France. French fans of Out With Dad may now watch here: france4.fr/studio-4-0/webseries/out-dad/ 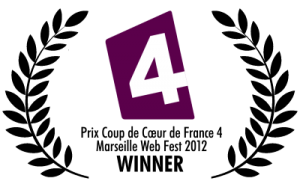 At the closing ceremonies of the festival, Emilie Flament of France Télévisions made a special presentation naming the five acquisitions from the festival including Gigi: Almost American (USA), Desenterrados (Spain), Herois (Brazil) and The Great Dying (Sweden). Ms. Flament announced Out With Dad as France 4’s top pick, with the “Prix Coup de Cœur de France 4” award, roughly translated as “The Prize of France 4’s Heart”. Kate Conway and Jason Leaver were on hand to accept the award, as pictured below. We are deeply honoured with this award. 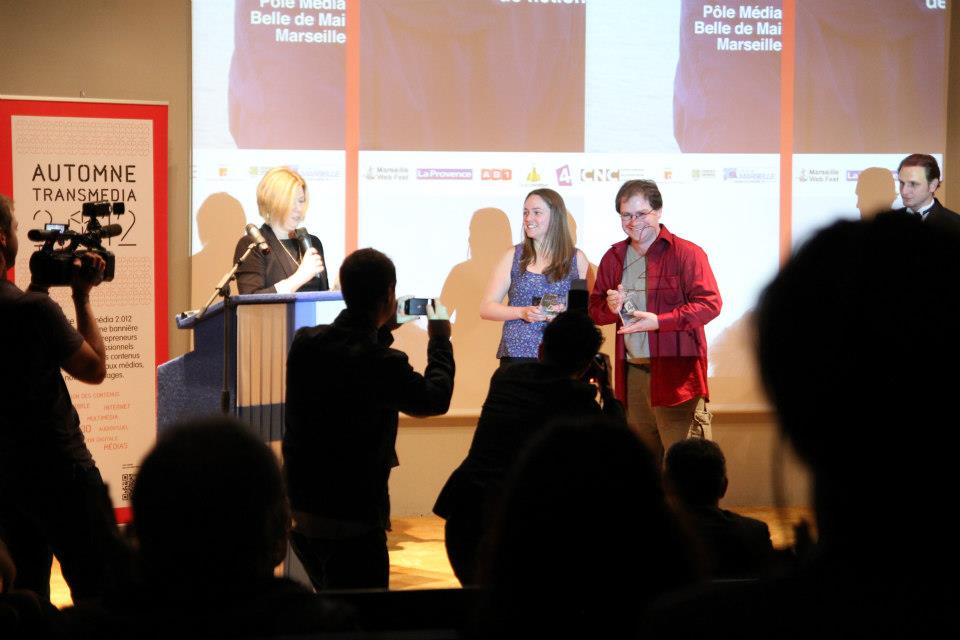