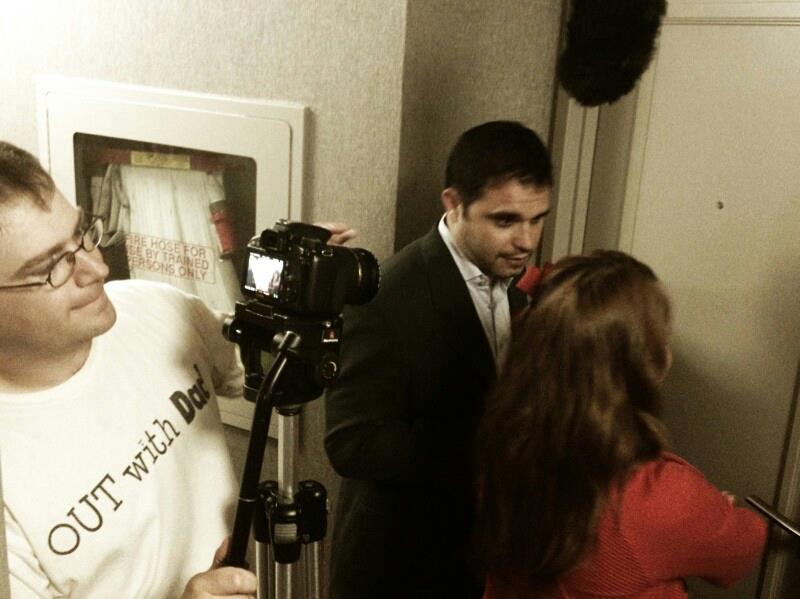 I’ve been looking forward to sharing this one with you! This gritty and exciting series in most ways is the nothing like Out With Dad. But there are several reasons why fans of Out With Dad might enjoy it. For one, the second season features our very own Caitlynne Medrek as Lex. She plays a character nothing like our beloved Claire! Will Conlon also makes an appearance in a scene with Caitlynne in episode 2×01 that might be a bit unsettling to see – but wicked fun. OWD fans will also appreciate themes of strong female characters that drive the story, and (more so in the second season) LGBT themes too.

I’ve waited to add Clutch to the Web Series to Watch section until this week’s new episode came out: 2×04 “Catsup”, as this marks my debut as a Clutch director! Creator Jonathan Robbins invited me to be a guest director this season. He offered two scripts to me to choose from. They’re both so good I couldn’t make up my mind of which to choose. After Jonathan got tired of waiting for me to pick, he asked “would you like to do both?” Yes please!

Clutch has its funny moments, but generally it’s a dark and serious show. This episode is quite a departure from that, this one is an all out comedy. It was so much fun work with Caitlynne as Lex, and I also got to work with Matthew Carvery and Jeff Sinasac. These two guys are new friends of mine, and I’m really taken by their talent. Jeff’s comedy was killing me while I struggled not to laugh too hard behind the camera. Matt’s intensity and commitment awe-struck me.