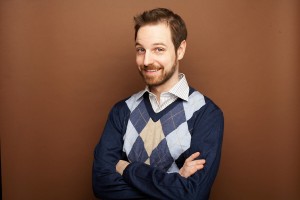 I first knew Jonathan only as a writer and director. After I learned he was an actor before he started making his series Clutch, he became my first choice to I consider to playing Nathan in season three.

I gave him the entire third season script and asked him to audition. He and Kate worked through a couple of scenes, including old scenes from season two. Kate and I both felt good about his audition. We decided to let it sit for a week in our minds and review the footage. I shared the audition footage with some other cast members. Everyone who saw it agreed: he’s amazing.

I’m even more excited to get back to filming than ever!

Watch Kate and I introduce Jonathan, or has he put it in an email this week: don’t mind the Jo, Nathan!