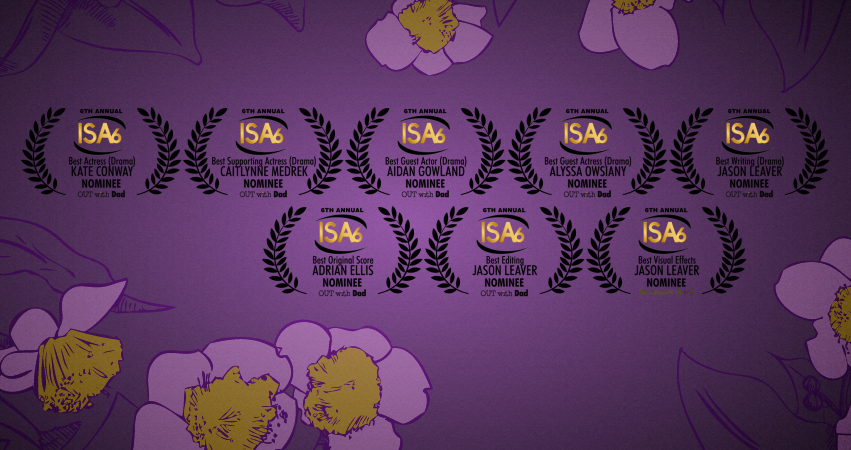 We are honoured by today’s announcement that Out With Dad and Vanessa’s Story have been nominated in The 6th Annual Indie Series Awards.

We are so proud of our cast and crew. We are also proud of all of the other nominees, including Jonathan Robbins for editing Asset, Adrian Ellis for also scoring Asset, Mike Donis and Pete Winning for all of your nominations (Best Actor Mike Donis; Score Aaron Tsang; Directors Mike Donis, Jason Leaver, Navin Ramaswaran; and Best Drama Seriers). Fellow Canadian Screen Award Nominees Whatever, Linda and The Amazing Gayl Pile are also nominees.