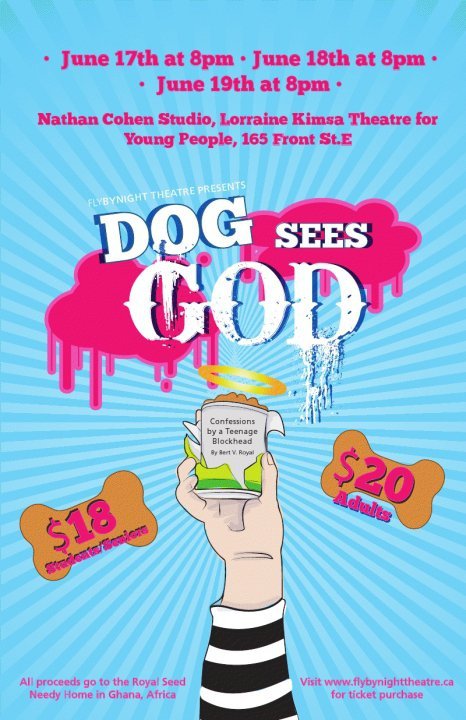 Our very own Lindsey Middleton is performing the BRILLIANT play Dog Sees God by Bert V. Royal, presented by Fly By Night Theatre.  It’s an ensemble cast of terrific actors.

Tonight I had the pleasure of seeing Lindsey in a role very different from Vanessa, which was sort of a surreal experience for me.  I have to say she OWNED her scene.  I fully admit that it’s hard to separate the Lindsey I know and adore already – but I think her scene was my favourite.  To watch her perform is a treat.  She makes great choices as an actor.  She does so much with her subtle and sometimes-not-so-subtle gestures. 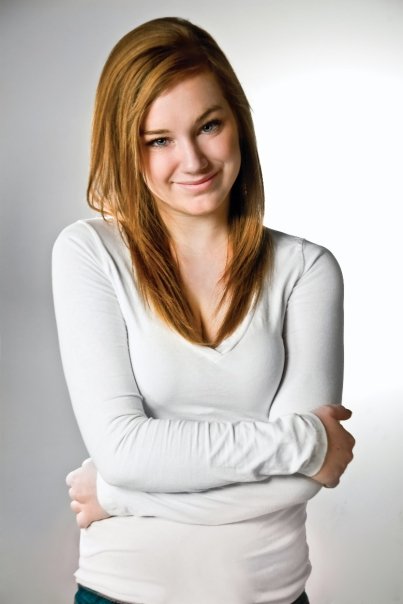 I was reminded of something tonight: Lindsey is really funny!  The first time I met her was at her audition.  She read for both the roles of Rose and Vanessa, and it was a pretty serious scene, so I didn’t get to see her comedic timing.  Overall the role of Vanessa is fairly serious.  As I’ve come to know her I can tell Lindsey is a great comedian.  But as editor of Out With Dad, I’ve actually spent more time with Vanessa than I have with Lindsey.  So, to see her playing a hilarious psychotic little nut (known only as “Van’s Sister”), was mind boggling.  I feared my roaring laughter may have been a distraction.  After the show she did tell me she knew exactly where I was sitting – sorry!  But hey, you and Peter McLaren were damn funny!  Amazing chemistry.  The text in their scene certainly reveals part of their character’s back story, and certainly any knowledge of The Peanuts would help – but really it was the stuff going on in their eyes that told me there’s a lot more than was being spoken, and not everything  being spoken was necessarily the truth.  It wasn’t just a funny scene, it was also touching and shocking.

Well done Lindsey, you should be very proud of yourself.  And well done to all of your cast mates and to the crew.  A terrific show.  The only bad thing I can say is that it’s only showing three nights, tomorrow being the final performance!  That’s the greatest tragedy of theatre, after all the hard work everyone sinks in, it’s gone after final night.  Then, it only resides in the minds of everyone that saw it.  So please do yourself a favour, if you’re in the Toronto area, cancel any plans you have and go see this brilliant play.  I think there are still tickets available, you can buy or reserve tickets online at Fly By Night Theatre’s website.