Casting Call for Season Two, Round One 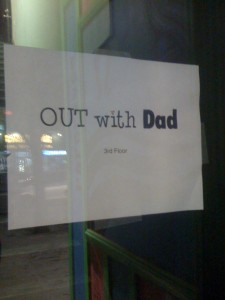 Casting for season two has officially begun, in Toronto, Ontario. We’re looking for a variety of roles. In particular, we’re looking for people to play high school students of any ethnicity. The first round of auditions will be held during the day of Sunday, April 3rd and in the evening of Tuesday April 5th.

This page will be updated often over the next week with new and changing details, please keep coming back.

Alicia is the high school sweet-heart. Not only is she considered by many to be the hottest girl in school, she’s also the nicest. She has a large social circle of girlfriends.

The confidence she exudes is only skin deep; she has immense pressure on her from her family to do well in school and in life, as a result she never feels she’s “good enough” at anything or for anyone. Despite the fact that she’s the object of every guy’s affection, she’s never been in a relationship before, and this alarms her. Why doesn’t anyone to date me? Am I not pretty enough? Why don’t any guys like me? Truth is, everyone in school is too chicken to ask her out. Of course, she doesn’t know that, nor would she believe it if told.

Ryan is a very private, shy, boy who gets teased a lot because he’s kind of dorky and small for his age. He’s a “mama’s boy”. She fights a lot of his own battles. Goes to church every Sunday with his family.

Vanessa’s father. Steven is a man demands respect, but doesn’t command it. Stern, but quiet. His wife is the one who “wears the pants” in the family, and he’s fine with that. He goes to work, does his thing, comes home, does the family-dinner thing, goes to bed. His life is about going through the motions.

Vanessa’s little brother. Not quite as quiet and reserved as his sister, but close.

An outspoken brat! He’s a bit of an early bloomer, in the sense that he’s recently discovered girls: and LOVES THEM. He’s got a great sense of humour, and knows it.

Contact us via the Mandy.com posting, or send your resume and head shot to: casting@outwithdad.com.