2010 has been, with little doubt, the most excellent year of my life.  For me (and my patient and understanding wife) this year has been the year of Out With Dad.  Echoing the words fellow webseries creator Joe Wilson wrote in his “Confessions of a Lucky #Webseries Creator” year-end note: every day Out With Dad was the first I’d think about when I wake up and the last thing I’d think about before I fall asleep… on those nights I was lucky enough to have sleep!

We hit a number of amazing mile stones that I’d like to reflect upon now.

I think the first and most exciting moment was when we met Kate Conway for the first time. 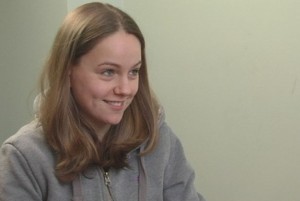 The audtions were surreal for me.  For almost a year by that point these characters had only excited inside my head.  Now I was hearing them outside my head; embodied by these potential actors.  After Kate left her audition, everyone there felt something special.  We’d met our Rose.  On February 18th Kate accepted the role, that would be our next big milestone.  We’d officially cast our first actor!  Every time we cast a new actor it felt like something significant.  We were one step closer to Out With Dad being a reality. 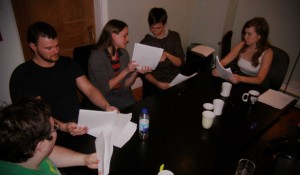 Jump ahead a few weeks to March 19th: our cast table read.  Talk about surreal!  I was hearing my characters come to life by those who would embody them, together for the first.  It was so exciting!  Also exciting, was our chance to hang out socially afterwards.  We all went out for drinks and so began the bonding of this amazing family-to-be.

March 29th: secured permission for our first piece of music. After seeing this music video I asked Adrian Ellis, my friend and producer of the Late July album if the could ask Nicole Simone (aka Late July) for permission to use her song A Well Kept Secret.  I didn’t know exactly which scene I’d want to use this song for, but I knew it was right for Out With Dad. 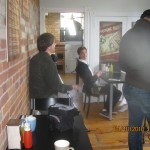 May 11th: I uploaded the trailer for season one. That was very exciting.  All of us watched it daily, checking the number of views, seeing who was watching.  After a week it hit 1000 views.  We were ecstatic!  After that it calmed down a bit.  But then, something bizarre happened.  It was approximately June 9th.  Back then still had email notices turned on each time someone new subscribed to the Out With Dad YouTube channel.  Will Conlon also receives those notifications.  I was out on a film shoot and had to turn off my smart phone because it was buzzing and buzzing.  We had dozens of new subscriptions.  Dozens turned into over a hundred!  What’s going on?  Will and I kept texting back and forth, pondering what was going on.  I was with Lizz Hodgson that night, as the shoot was for a stage production she was involved in.  I told her all about it – both of us were surprised, excited, curious.  She asked the same thing Will did, “Had we gone viral?”.   Not quite.  But later that night we figured it out. 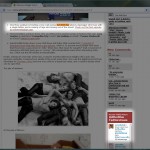 I was on the phone with Will at the time, when I searched “out with dad” on After Ellen’s search engine. This is something I used to do daily with no results.  But this time, something popped up. 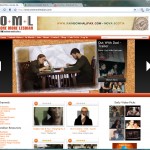 An article mentioning a website I’d never heard of before “OneMoreLesbian.com“.  On their front page was a link to our trailer.  The source of all of our attention!  Thanks to OML, our view count jumped from a stagnant one thousand-something to nearly 5K in about a week!

June 27th: a Facebook message from Trish Bendix of After Ellen. I’d already been a fan of Trish and read her Morning Brew blog daily for over a year at that point. 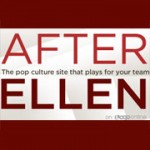 To see her familiar avatar on my Facebook page a little bewildering at first, “What the?  I’m not reading AfterEllen right now..? wait a second..!”.  She had contacted me asking if she could post Out With Dad on AfterEllen.com This was quite literally a dream come true for me.  I love that website.  It’s been an important part of my research for writing.  It was/is a constant reference.  It’s how I discovered Anyone But Me, and I dreamt that one day it might be someone else discovering my show because of this great resource.  Thanks Trish.

July 5th: our first official interview gets published. Matt Carter of The Examiner posts his article with exclusive interview with me.  Thanks Matt!

July 8th, 8PM our biggest milestone yet: the launch of episode one. 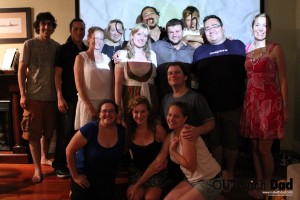 It was an amazing night.  I had the cast and crew and friends over to my place for a launch party.  We all sat around the big screen and counted down the minutes and seconds to 8PM when the episode went public.  They’d never seen Out With Dad.  By this point, we were all family.  We had the best time.  After the clock struck 8PM we watched the first episode, did speeches and then watched the remaining (then) 5 episodes where were all rough cuts.

The next day: the notification of our first donation!  A girl in Hong Kong sent a donation with no promise of anything in return other than the promise to do our best to bring more.  It warmed my heart.  Had we made an impact already?  We’ve since had many donations from all over the world.  Honestly, we can’t believe it.  We’re so thankful.

August 29th: an email from Univers-L.com. 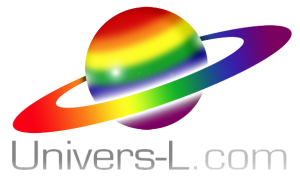 They asked if they could interview our cast and myself about the show.  They also offered to help us expand our show to speaking French audiences by translating and subtitling our show.  We know they’ve been a big impact: since adding French subtitles viewership in French speaking countries jumped up right away.  The same could be said each time a new language was added.  Next was Italian, thanks to Being_Laura.  Pandora gave us Portugese.  Natiuxx gave us Spanish (which was a huge boon, because of her massive followship).  Most recently VegansRock gave us German.  Russian is coming soon.  We’d love to have as many languages as possible, if you’re willing and able to help contribute another language – please let us know!

October 9th: we discovered a fan remix video on YouTube with clips from our show.  We were so flattered to be included!  Let us know if you make one yourself or if you discover others.

October 12th: a letter from the president of PFLAG Canada.  Talk about awestruck.  PFLAG Canada is an organization I have the utmost respect for.

It’s a charitable organization driven almost entirely by (busy) volunteers, including the president himself.  He took the time to send us a letter thanking us for making a show like ours.  He wrote:

October/November: Cast members are getting recognized. First it was Lindsey Middleton at a Halloween costume party.  A boy approached her: “Are you that girl from Out With Dad?”  She excitedly told me all about the next day.  What was really surprising, is how unrecognizable she in her costume!

A few weeks later, when I was in Chatham, Ontario with Will Conlon, my wife and my parents to see Rebecca Rynsoever perform in an excellent production of Chicago.  Back stage, after the show while congratulating Rebecca on her amazing job, one of the cast members approached Will: “this might sound weird, but do you play a dad in a web series?”  After he left, Rebecca confirmed that she did not tell him about Out With Dad, that he’d discovered it on his own and was surprised to her name in the production credits.  “It was legitimate!” Will and I cheered!

December 1st: very kind words were spoken about us on a the Indie Intertubes talk radio show. 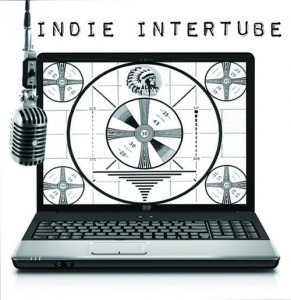 This is a show I’d recently discovered.  I’ve since gone back and listened to many of their archived shows, in which hosts Destini and Shadhavar have spoken about our show a number of times.  “That is such a cute show” Destini said on their July 28th podcast.  On episode 48, guest caller and fellow Canadian webseries creator Chris Greenway said about Out With Dad: “It’s probably the best acted show I’ve seen come out of this country in the last couple of years.”  Thank you Chris, I can assure you that your words warmed the hearts of my cast who have all since listened to it.  If ever you’re in Toronto, let me know!

December 5th: our total views on YouTube reaches 300K! At the time of writing this, we’re already well on our way to 400K.

Overall 2010 has been insane.  I’ve probably slept less than any other year in my life.  I’ve worked harder than any other year in my life.  But that’s okay.  The result:  I’ve had the greatest accomplishments and met more new friends both offline and online than ever.  I’m constantly and repeatedly overwhelmed by the sense of community and support of fans, teens, parents and fellow filmmakers online.

Looking ahead at 2011: I can’t wait.  It’s going to be even better.  We have yet film my favourite scenes I’ve written.  We’ll have longer episodes.  We’ll have a bigger cast.  And, will Rose finally be OUT with Dad?

Thank you everyone.  Chances are, if you’re reading this you had something to do with make 2010, quite simply: THE BEST YEAR OF MY LIFE.