Storyboarding is a fun job, especially when I’m not doing it.  I’m a horrible artist.  But Brendon Smith is very good illustrator (and he actually likes doing it).  I don’t tend to storyboard every scene or shot.  Generally I prefer to work out the best way to film on the set.  That’s not to say I don’t come prepared.  Have a shot list is crucial.  You need to know each beat necessary to tell the story.  A shot lists can have very specific details, or very general.  Such “close up of eyes, reacting to news”, or “medium shot: Nathan, medium shot: Rose”.

In some cases the shot and/or scene can be very complicated, this is when storyboards are great help.  Sometimes it’s because the shot is complicated, and you want to convey to the crew and cast about how we’ll have to mount the camera overhead, and just what positions the actresses are laying on the bed with their homework.  Another occasion that storyboards important is when special effects are involved.  In these cases the storyboard can help identify where a the green screen has to be places, what elements need to be filmed.  Or, how does the camera position in shot A work compared to shot B. 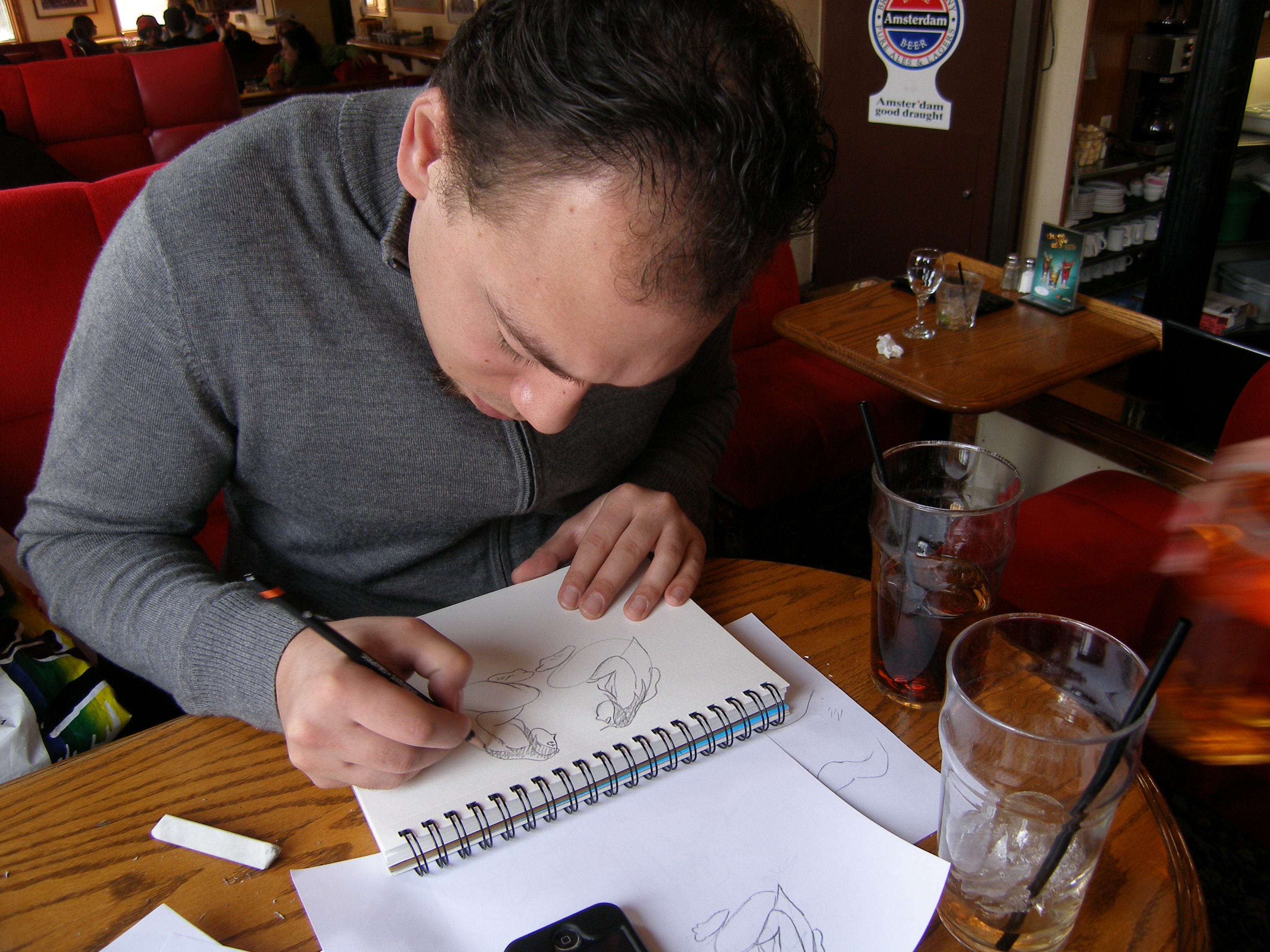 I’d scribble a rough doodle for Brendon to see what I’m sort of looking at.  He has to interrupt what I’m saying – which is no easy task given that I’m really only good at stick figures and blobs.  I’ll play out the scene for him, sitting in the bar… which is probably pretty strange looking to the other patrons seeing me make-out with myself.  Then he’d draw it out in his sketch book.  I brought with me prepared storyboard pages, with the 2.35:1 frames ready for us to draw in.  Rather than use those for Brendon’s drawings, I used them to do a quick scribble, then he’d draw in his artist’s sketchbook.  I’ll scan those in later and crop/animate accordingly.