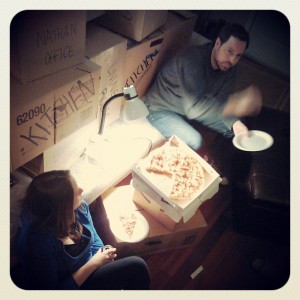 I am on a plane to Los Angeles, to screen and promote Clutch (the web series I helm), and to help represent Out With Dad, which is also screening at the festival. I look out the window and see the mountains surrounding Denver. Looking at them makes me think of the last 3 days – the first shooting days for Out With Dad Season 3, which saw many of Nathan’s scenes at home find their way to camera.

When I first heard that Will was leaving the show, I – like many of you I’m sure – was devastated. Not just for my own enjoyment of the show, but with concern for Jason and the rest of the team. I didn’t want this beautiful, important creation to be jeopardized. At that time, the thought of me being the one who would step into Nathan’s shoes was not even on my radar. I had left acting behind for the most part…for a number of reasons. Crohn’s Disease was one of them – a condition that caused me to go through drastic weight changes and hurt my castability for the things that I had been successful at most – commercials. And at the time, being a creator and a director was satisfying enough, so I was at peace with this. That all changed of course when I was invited to audition for Nathan and I read the Season 3 script. The acting bug was back – I remembered all the reasons I loved it as I connected to the story and the relationships. 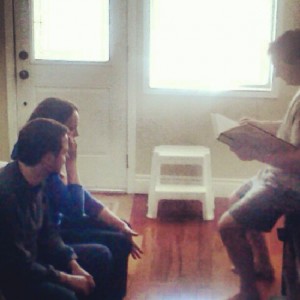 Take us to the first day of shooting. I had, excuse the cliché metaphor, mountains to hurdle. I was very aware that I was stepping into a character who was a role model and inspiration. I was the new guy on the block, not just for the audience that would eventually see the work, but to the cast and crew who had to accept me as part of the family. And boy did they ever. From the moment we rolled on the first scene, where we’ve just moved into our new house, and I looked up and saw a box that said “Nathan’s Office” and another that said “Rose’s Bedroom”, it all sank in. At the end of the take when Jason said “Thank you” (he never says “Cut”), I breathed an emotional sigh of relief – and I looked up to see if everyone else was doing the same. But they weren’t. They weren’t nervous to begin with I guess, they just continued and smiled and readied for the next take like it’s exactly how it’s always happened. 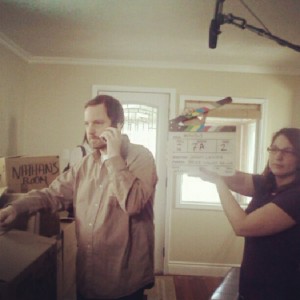 Mike Donis, our 2nd unit director and camera op/crew member extraordinaire (who you’ll also know as Pete Winning from his own series of the same name), said to me at some point, something like “You’re not ‘New Nathan’ to me anymore. You’re ‘Nathan’. It just fits.” I was floored, but it didn’t sound weird to be told either. He was right, I felt right at home. And I owe that to the wonderful, loving cast and crew and also you, the fans, who already opened your minds and your hearts to accepting a new face in your “Dad”.

So here I am, on the way to LA where I will get to spend time with my dear friend Matthew Carvery, and hang with Caitlynne Medrek, as well as other web series creators and cast who have become good friends. But as excited as I am for this trip, nothing tops my excitement of coming back to the #OWDs3 set.