With only one more scene to film, production is nearly complete.  Last weekend we wrapped most of the cast.  Although we’re not officially wrapped, our production day last Sunday ended with an impromptu “wrap party” at the local pub following cleanup.  There was a terrific energy.  The mood was unanimous: we all want to film more Out With Dad… a lot more.  Our collective hope is that you, the audience, enjoys watching Out With Dad as much as we have making it – then, with your help, we’ll be able to afford to make more. 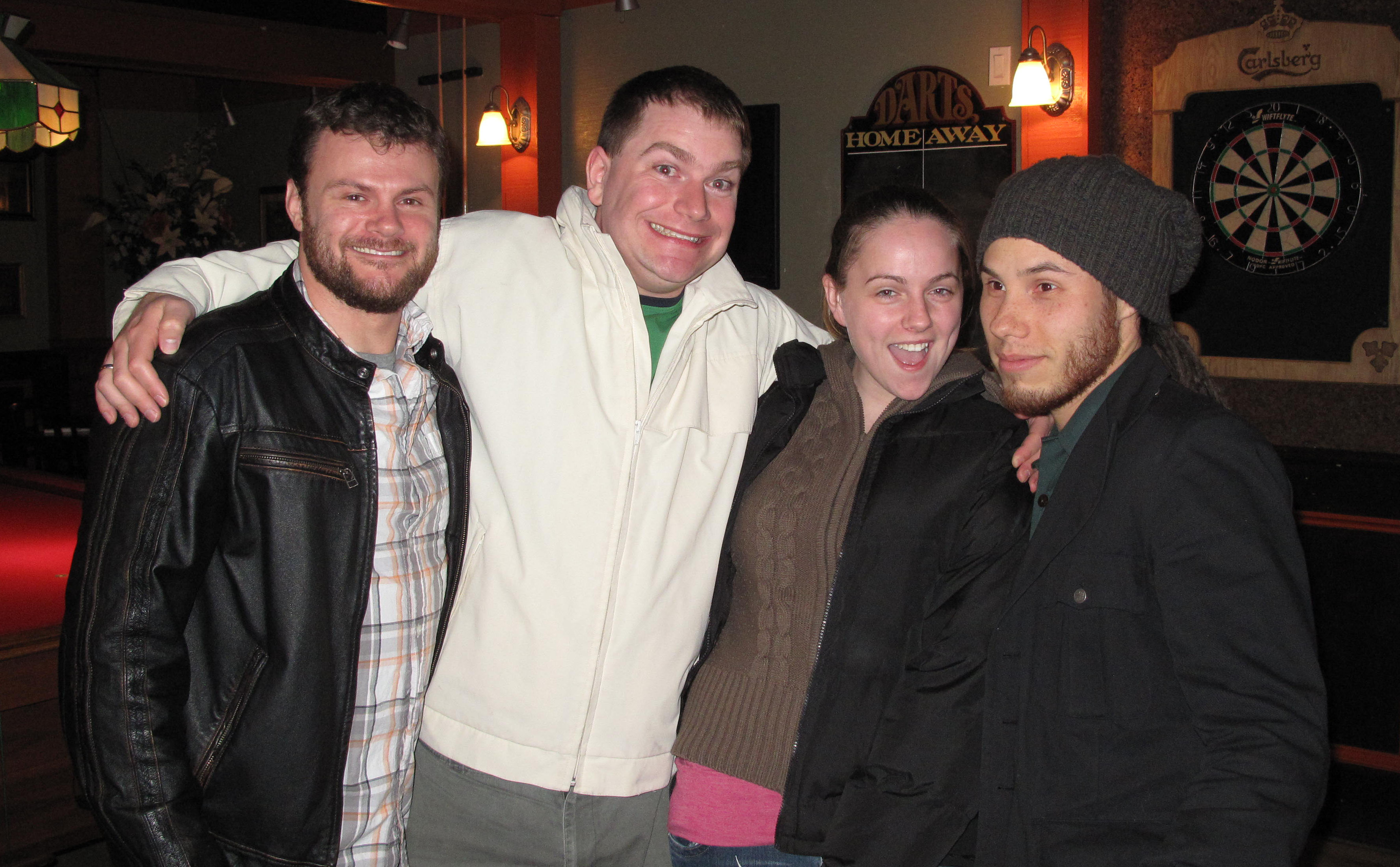 We’re fortunate that we’ve had the good luck to assemble such a terrific cast and crew.  We all get along with one another; and all have a passion for this project.  As the instigator and co-organizer of this production, it’s been very humbling.  It was fun to see as the weeks have gone by how people have opened up, and everyone’s true sense of humours came through.  Such a jovial bunch!  This is the first weekend since we started production without any filming.  A lot of us feel something missing – the low after the high.

Post-production has begun, and editing is going smoothly.  People are responding well to the rough cut scenes they’ve seen.  Six episodes were originally planned for the first block, or “season one”.  I’m pleased to say, now that they’re coming together, two of the episodes have enough material so that they can be split into two each.  That would give us eight episodes in our first block, and I like the sound of eight episodes better than six.  The run time of each episode is between 3-5½ minutes.  We’re aiming to have the first episode première in mid-to-late June.  Each subsequent episode début bi-weekly after that.