Not much has been posted here recently.  There are two reasons for this.

First, as director/producer/editor and maintainer of this website – I’ve got a lot on my plate!  Out With Dad is sadly not my only priority.  Like everyone else involved in the production, cast and crew alike, we all have our “day jobs” – currently mine is quite busier than normal.  I think I can speak for most of us when I say that we’d all much rather be working on Out With Dad full time.  Work aside, we managed to wrap production last weekend, shooting the only remaining scene intended for the first block of episodes at Karma Kafe, 1028 Coxwell Ave in Toronto, Ontario.  They were kind enough to allow us to film there after hours.  Thank you Anne and Elsie!

The second reason for the quiet site is more creative… there’s loads to share, but I don’t want to give anything away!  I want to keep outwithdad.com a spoiler-free website.  Look for tons of insight into the making of Out With Dad after we start posting episodes.

When will that be? 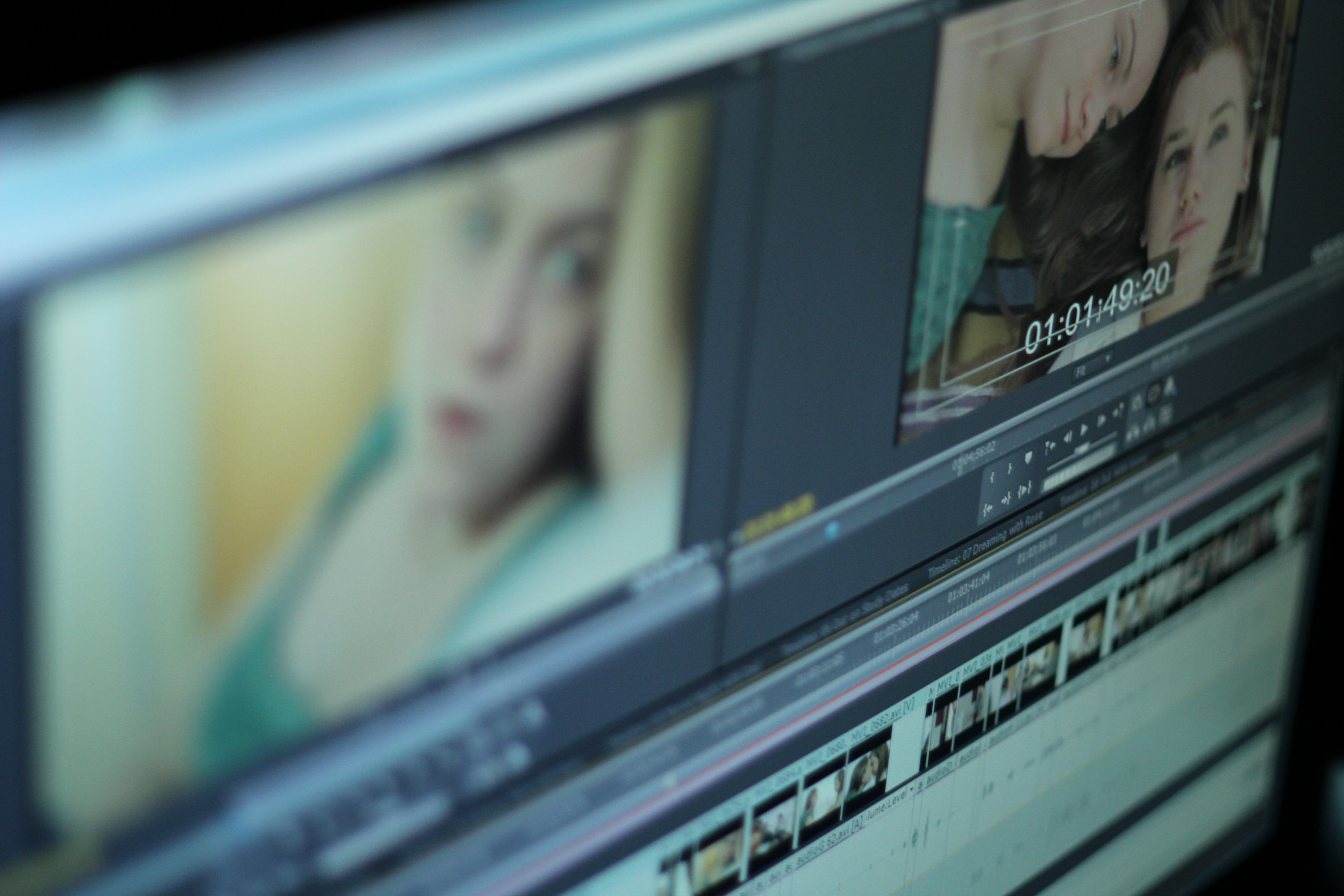 Well, nearly every episode of our first block, or first season, is now edited.  What remains includes scoring, visual effects, colour correction, titling and sound mixing.  I think I can safely say: look for the first episode in early July.  After that, a new episode every other week on Thursday nights.  There’ll be new episodes for the whole summer.

I must confess, I was hoping to have the first episode ready sooner in order to fill in the void now left by Anyone But Me, another lesbian-themed web series, which has just finished their terrific second season. Way to go to the creators, cast and crew of that fine series!  You’ve set the bar high.