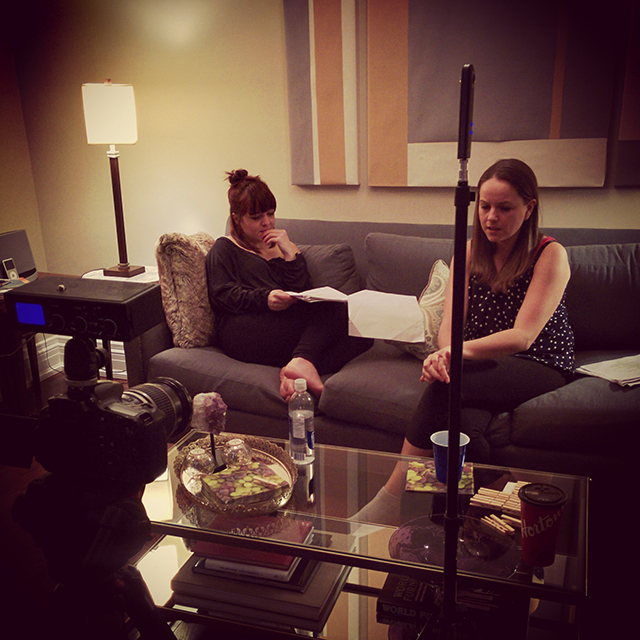 The last time we were in production, we filmed hours of behind the scenes footage in 360° video. We plan to share all of it with you. We used the Ricoh Theta S Camera, a camera which shoots in every direction at once. It takes some pretty cool pictures, which you may have seen already on our social media. It also records low res video. It’s not the best quality – but it does allow you to feel like you’ve joined us on set.

This first 360° behind the scenes video (below) is just a taste of what’s coming. We’re not sure when we’ll release more of this behind the scenes footage, because it contains tons of spoilers. There might be snippets we can upload sooner than the episodes, such as stuff recorded while we were setting up and when the actors weren’t rehearsing lines. Stay tuned for more.

The best way to watch this is on a mobile device (a phone or tablet) and you must use the YouTube app for it to work. It won’t play properly if you view it in a browser window. When watching the video with the YouTube app,  move your phone around or touch and drag with your finger to look around the set. It’s really cool! If you have VR goggles like Google Cardboard, even better! If you’re watching on a desktop computer – you need to use the Chrome browser for it to work. You can use your mouse to click and drag the view.

Our next episode of Out With Dad was filmed in 360° video too, but in much higher quality than this. We can’t wait to share it with you!