It’s going to be a good day for Rose and Kenny, her wingman, when they go to see Claire at her work, the Scarborough Museum. Meanwhile, Nathan does his best to get back into Angela’s good graces.

Enjoy the soundtrack? Please read about the musicians below! (also a link to download  Robyn Dell’Unto’s “Good Day”.

This episode was voted #1 in We Love Soap‘s Indie Soap of the Week poll, for the week of April 29-May 5, 2012! You guys also voted Rose & Claire as favourite couple of the week for the 3rd time in a row! Also in this poll,  #2 Kate Conway & #3 Caitlynne Medrek were voted favourite actresses, and #2 Will Conlon as favourite actor!

cast, in order of appearance:
Kate Conway as Rose
Corey Lof as Kenny
Caitlynne Medrek as Claire
Will Conlon as Nathan
Kelly-Marie Murtha as Angela
Adrian Rebucas as Emilio

Once again, Out With Dad is pleased to feature great music by local artists from across Southern Ontario. Be sure to check them out! You can listen, download and purchase their songs and albums below.  These talented people have supported Out With Dad by sharing their music with us, please support them! 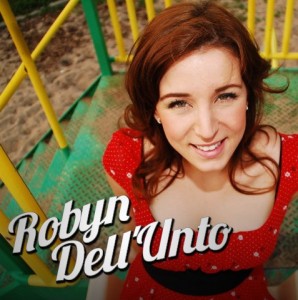 Last fall Kate tells me about a high school friend who is a talented songstress … who happens to be Robyn Dell’Unto! Robyn had discovered Out With Dad and contacted Kate right away to share her pride – and even told her she’d love to have her music in our show some day. I couldn’t have been more excited. Kate had even suggested this very song for this very scene. I’d originally conceived it as being as scored scene, not one for a song. I knew it was a good idea, but wouldn’t know until I started editing. Sure enough, Kate was right. It’s a brilliant song! She’s since remixed (as heard in the end credits) and you’ll be able to get it for yourself in the very near future! 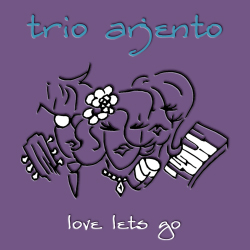 Carrying on the tradition of Trio Arjento music associated with Nathan and Angela, once again I’m delighted to have another one of their beautiful songs in our show.

I needed to extend the song during Nathan and Angela’s conversation – and also mix it such that Marcy Hull’s happy voice didn’t interfere with the not-so-happy things Angela has to share during the middle. Tom Shea was able to get me separate tracks so that I could do just that. Tom tells me we couldn’t have done it without the help of Amy King at Grant Avenue Studio in Hamilton, for extra mixing, and Jeff Griffiths for the drums.