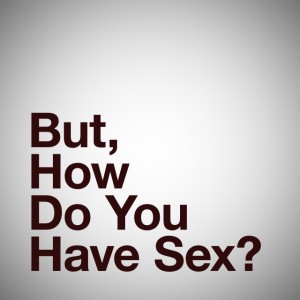 So, what’s this new idea? It’s called But, How Do You Have Sex?Â I’m writing it with Nadine Bell (creator of LESlieVILLE), and it’s staring Kate Conway and Russell Winkelaar. Kate is once again playing anÂ â€œout but not loudâ€ lesbian, and Russell is playing a paraplegic man. Russell was an executive producer of the second season of My Gimpy Life, in which he had a guest role.

But, How Do You Have Sex? is comedy webseries following theirÂ adventures in dating. Late bloomer by circumstance, not by choice, heâ€™s never had a girlfriend or even a first kiss. Heâ€™s repeatedly put in the friendzone and judged by being in a wheelchair. Joining him on his quest to â€œget someâ€ is his lesbian best friend. This odd couple compare notes and navigate the world of dating in a hetrosexual able-bodied-centric world.