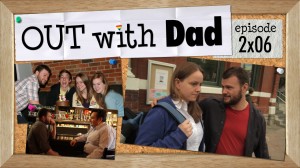 Enjoy Dan Beausoleil’s song Apology? Read about it below.

This episode was voted #2 in We Love Soap‘s Indie Soap of the Week poll!  Making EVERY EPISODE of our 2011 season placed in the top 3. Thank you to everyone for voting for us!

Details of our fundraising campaign coming soon. In the meantime, read what you can do to support by visiting: outwithdad.com/contribute 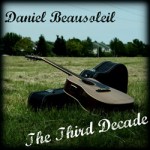 ||Daniel Beausoleil|Heading|||
||Apology|SmallType|||
Multi-talented Dan is no stranger to Out With Dad. He’s a regular re-occurring actor. He was first seen playing the guitar at the party the gang attended in season one – and he also provided the music to that scene. His latest album can be heard on his Sound Cloud page here, including this song that I felt was really appropriate for this episode.