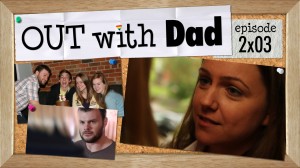 Sometimes people say things they donâ€™t realize are mean or hurtful. According to numerous sources, the average teenager hears 26 homophobic slurs in a day. Often, these things are said by our friends, classmates, family members. To Rose, comments like these ring louder than ever now that sheâ€™s out to herself and to a select few. What if coming out all the way out makes it even worse? What if sheâ€™s singled out because sheâ€™s gay? Is this what Vanessa is so afraid of? Is that why she’s behaving the way she has been? Questions like these can be overwhelming.

Meanwhile, at home, Nathan has an unexpected encounter â€“ which might have devastating consequences.