Streamys 2014: Help us get nominated!

The Streamys are an important organization in the webseries landscape. What’s exciting is that big budget shows and little indie shows like ours get to play on the same playing field. This is especially true since nominations are influenced by audience voting! We’d like to ask you guys to support Out With Dad by voting for us! The Sreamys Organization has made it easy to vote.

All you have to do is click each image below, and it’ll take you to the Streamy site, then click [Submit]!

Vote for Out With Dad as Best Drama: 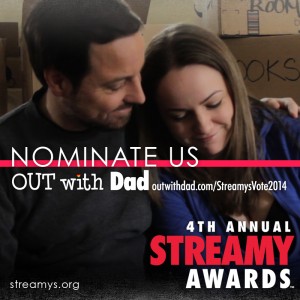 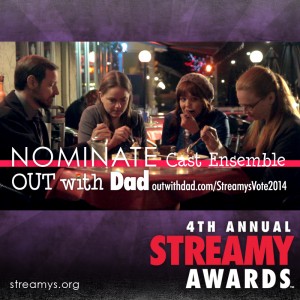 Vote for Kate Conway as Best Actress in a Drama 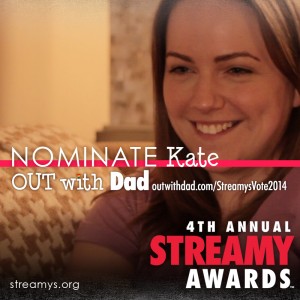 Vote for Jonathan Robbins as Best Actor in a Drama 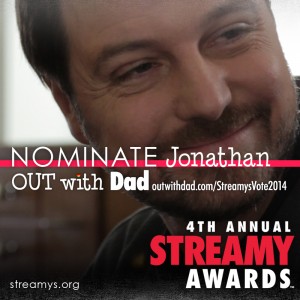 Vote for Caitlynne Medrek as Best Actress in a Drama 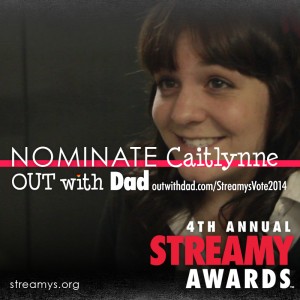 Vote for Lindsey Middleton as Best Actress in a Drama 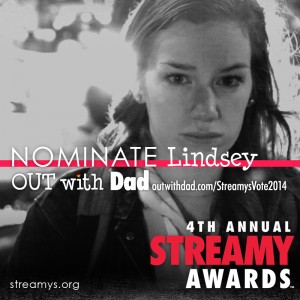 If you’ve got a few more seconds to spare, how about you support our friends too!?!!

Kids Town for Kids and Family