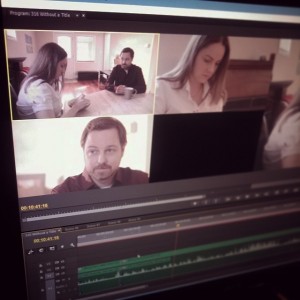 I’m really excited to get back to editing. Our fundraising isn’t finished, but we’re closeÂ enough that I feel confident that I can get back to it. Wouldn’t it be great to have new episodes by the end of this summer? With your help, we can make that happen.

On June 7th, I got back to work.Â I started withÂ episode 3.15 “Vanessa’s Calm”. It’s a short episode, only one scene with two cameras, soÂ it was pretty easy. In fact, I’ve already uploaded my first draft of theÂ episode to the VIP Facebook Group. As you can see below, fans really like it.Â The picture to the right is ofÂ episode 3.16 being edited. I hope to finish my firstÂ draft and get itÂ uploaded to the VIP group by early next week. It still doesn’t have a title, so I’ll askÂ the fans in the group toÂ help me choose the title, as they have before. 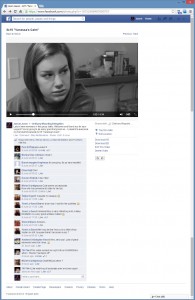 If you’d like to see episode 3.15 now, and more episodes as soon as first draftsÂ are complete, you can by donating $50 or more on our Contribution page. The members of the VIP Group have really enjoyed seeing episodes early. I’ve enjoyed sharing early drafts with our fans, because theirÂ feedback has oftenÂ helped me further editing -Â oftenÂ shaping the episodes before the final versions are completed.