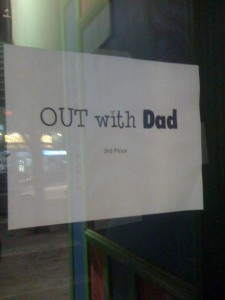 We have two shoot dates at the end of September for which we meet new characters that we need to cast. If you’re an actor in the Toronto area and you’re interested, please read the casting call below or visit our Mandy.com listing by clicking here.

or submit via our Mandy.com listing.

||Nowmee|SubHeading|||
25-30, female, South Asian background
Immigrated to Canada, Toronto, as a teen, now studying her masters at an Ottawa university. She’s a lesbian, out to her friends at school and her brother, but not to her parents.

||Morgan|SubHeading|||
20+, trans, any ethnicity
Morgan is in the process of changing gender. His/her gender is unclear at first meeting. He/she has recently encountered some rather brutal violence, and isn’t in the mood for sharing.

||Maureen|SubHeading|||
50-60, female, any ethnicity (must match David)
Maureen’s son David is gay. It was a rough coming out for him, in part due to her ex-husband. She attends monthly support groups in which she tearfully tells her story as a proud mom of a gay son.

||David|SubHeading|||
25 or older, male, any ethnicity (must match Maureen)
David is flamboyant and openly gay young man. He’s had a really rough life, having been gay-bashed many times.