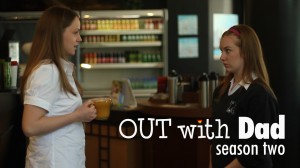 Season two picks up right where we left off, debuting July 7th, 2011. All the cast return this season, plus some new faces. Full length episodes will debut on the first Thursday of every month, with a shorter (often single scene) minisodes in between.

The song used in this trailer, “Parkdale”, was generously given to us by Late July, which can be found on her latest album Hospital Quiet.